Everyone knows that IMALENT is the go to brand for high power flashlights. Their MS18 is the brightest flashlight in the world and their more recent MS12 迷你 packs almost as much power in a flashlight that will fit in a jacket pocket.

I was interested in reviewing IMALENT’s latest flashlight, the MR90, as it’s extra special.

Most flashlight manufacturers tend to aim for either the most lumens or the most throw they can get. If a flashlight just has brightness but not throw distance then it’s just a wall of light that doesn’t reach far. If it’s just a long distance beam then it’s not very practical for most people.

IMALENT has done something special with the MR90, combining their MS-series flashlights,which are the brightest in the world, with their R-series long distance flashlights. The MR90 can output 50,000 lumens and has a beam distance of 1586m - almost a mile. This is makes it one of the top 5 brightest flashlights in the world.

IMALENT have managed this with their MR90 thanks to the use of 2 different LEDs:

The XHP70.2 LEDs are the same ones as used in the MS18 and MS12 Mini. These are high power and produce lots of flood light. The SBT90.2 LED provides all the throw and is the same LED as used in the IMALENT UT90 and RT90. 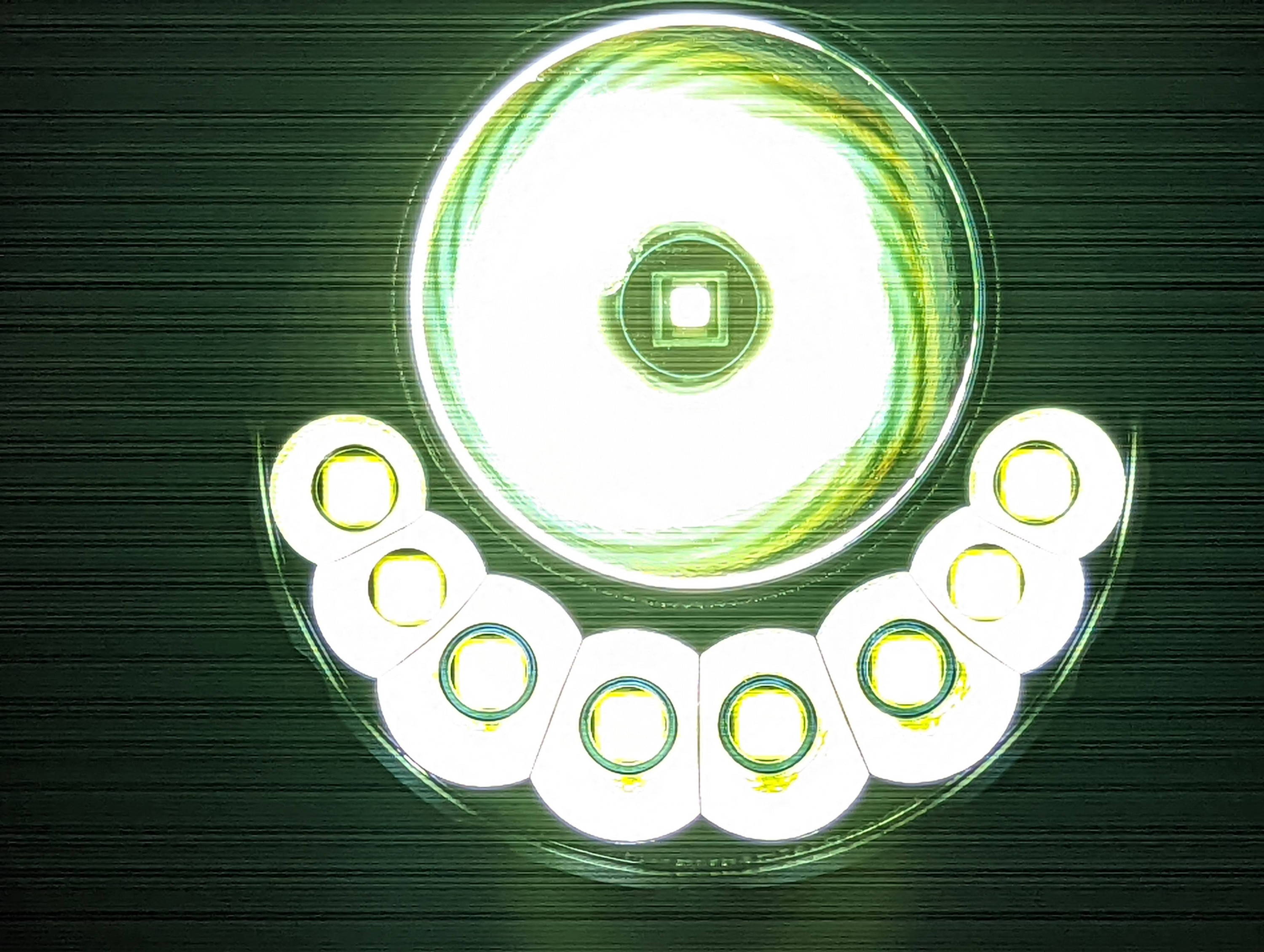 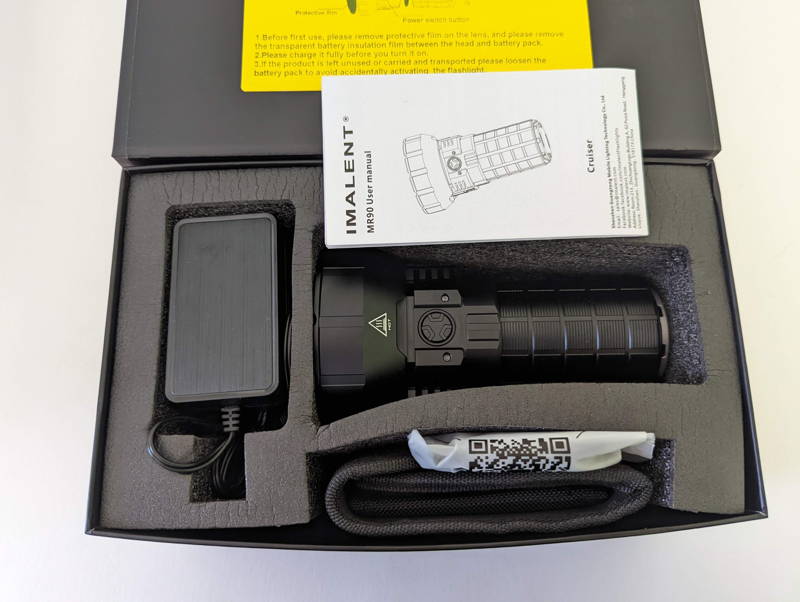 IMALENT included a UK charger when shipping to me in the UK - they should include a US/EU one, depending on where you are.

For a 50,000 lumen flashlight, you’re probably expecting a flashlight almost as big as the MS12. In fact, the MR90 is much smaller and could just fit in my jacket pocket. It’s easy enough to hold in one hand but a bit bigger than most soda can size flashlights. 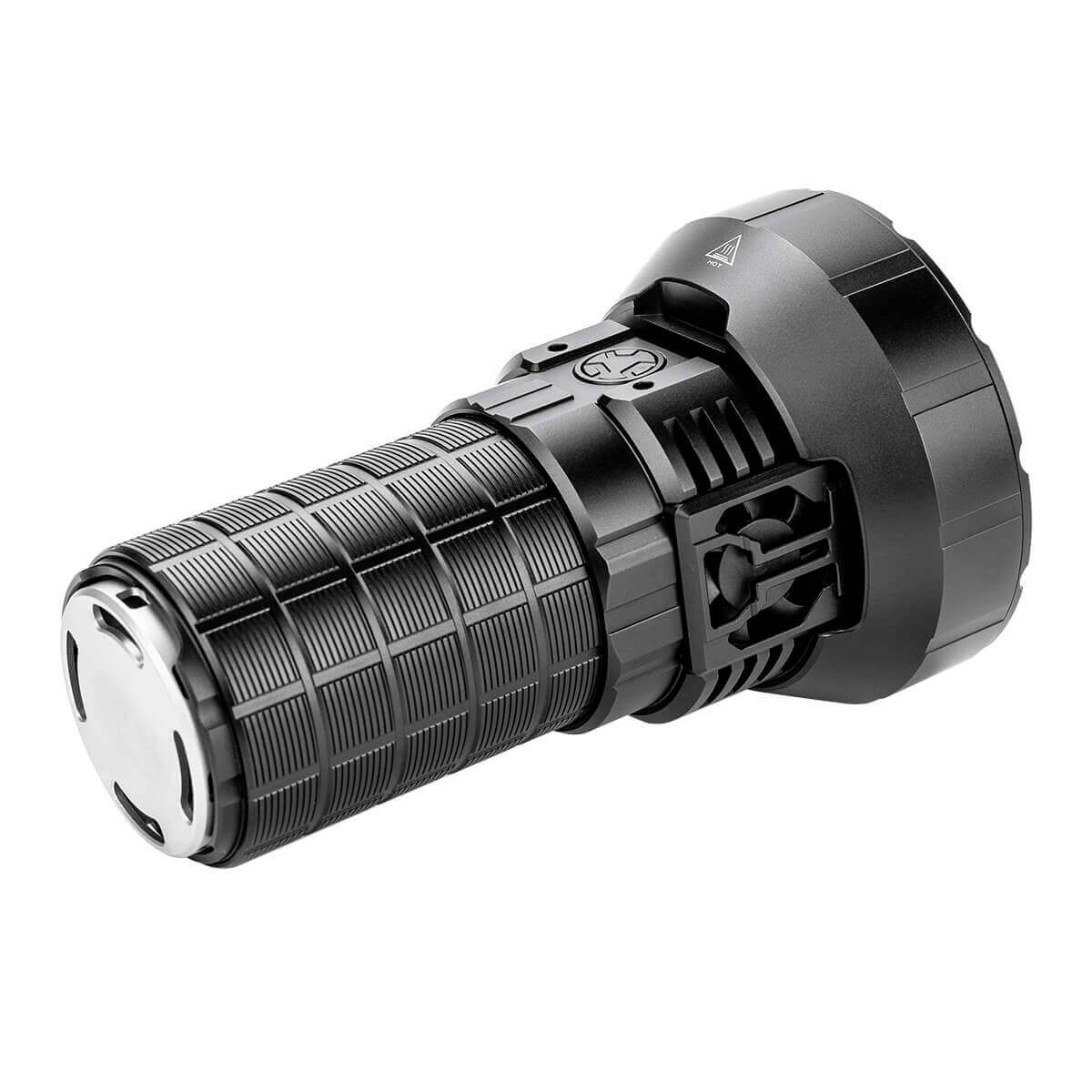 The MR90 uses a side e-switch and includes 2 red/green indicator lights for various functions. 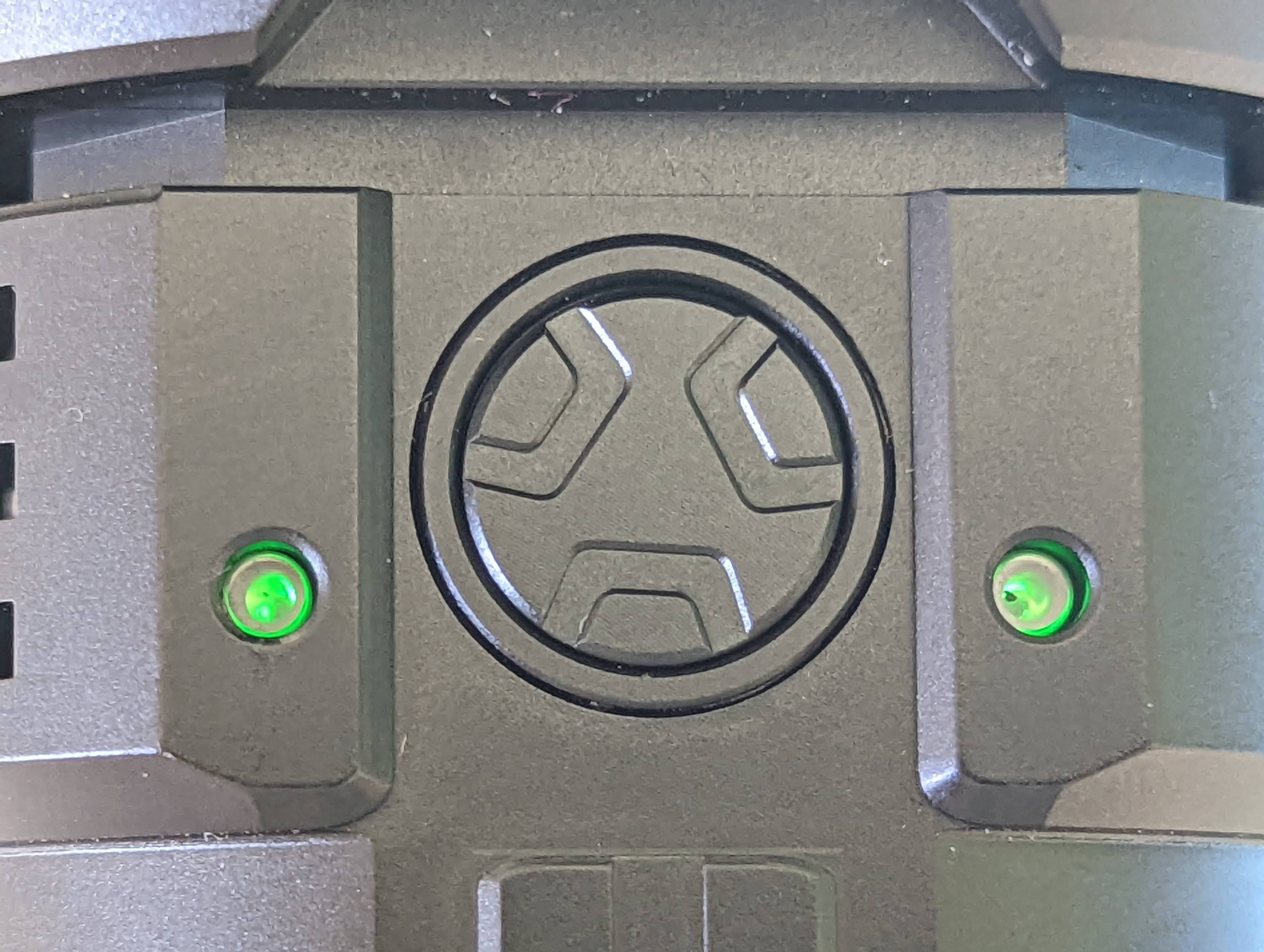 The threads on the battery tube are square cut and very smooth. The anosiation on the aluminum looks even, with no blemishes.

I found it quick to learn how to use the MR90, even though it has some more advanced features. To turn it on and off, you just press the switch once. When the light is on, you can hold the switch to change between the 5 brightness modes. You can also double click the switch to go straight to turbo, either from on or off. 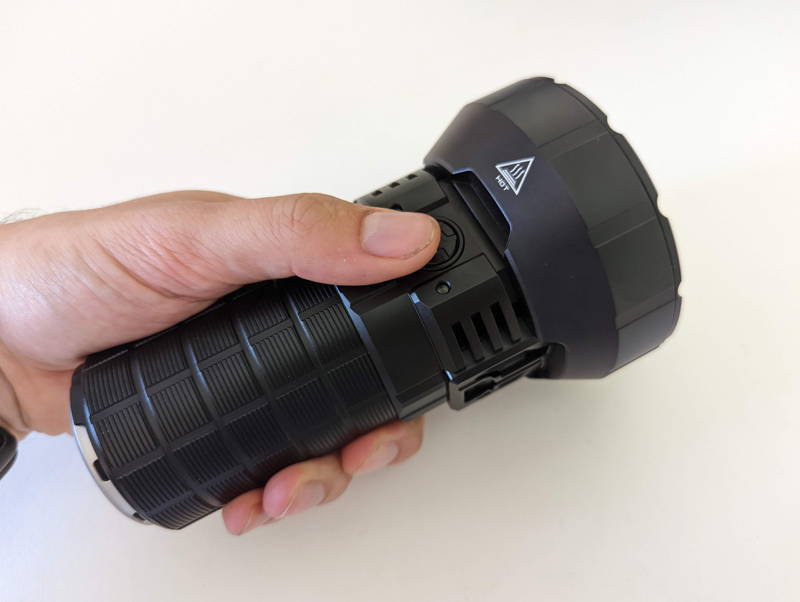 The MR90 has 2 fans built into the light to keep it cool. These are automatically activated in all but the lowest 2 modes. The fans make a bit of noise, so the MR90 isn’t a stealthy flashlight unless it's on the lower modes.

What’s clever about the IMALENT MR90 is that you can switch between having just the XHP70.2 flood lights, just the SBT90.2 spot light or both at the same time. You do this with a triple click of the button. This means you can select any brightness and any combination of spot and flood. 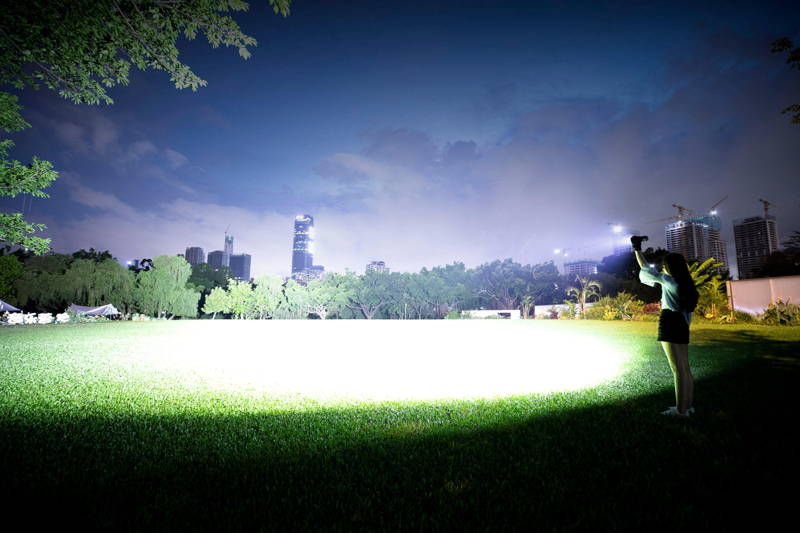 The IMALENT MR90 has a built-in battery pack, made up of li-ion cells. Normally I prefer having loose cells that can be replaced easily but in very high power lights like this, having a battery pack reduces the electrical resistance and is the only way to reach the high specs on turbo. 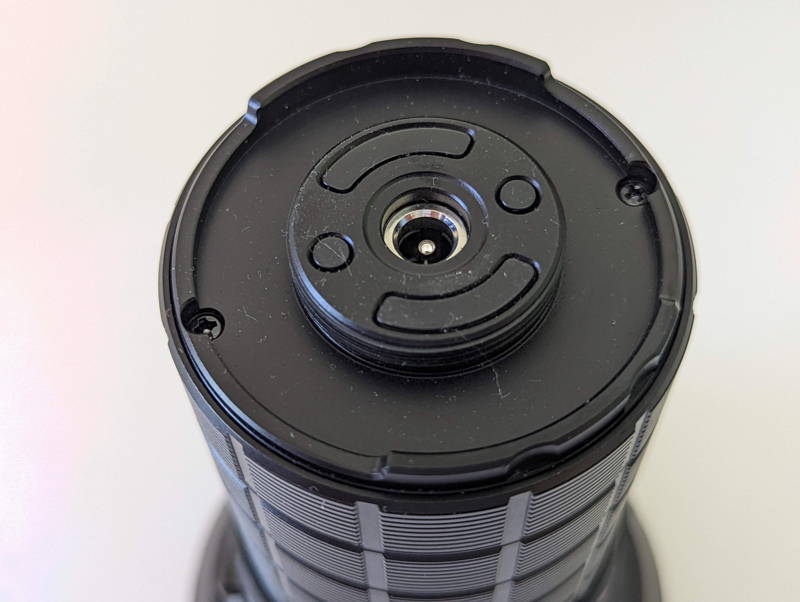 You charge the MR90 with the provided power adaptor, which uses a barrel plug.

Normally you have to choose between a flashlight that’s very bright or a flashlight with a long beam distance. The IMALENT MR90 covers both situations and can be used in either flood mode, spot mode or combination mode. I found it very useful to be able to switch between lighting up a wide area around me, then shining light a long way away. Of course, the MR90 is best when it’s in spot and flood mode, where it can light up a whole field whilst also reaching hundreds of meters away.